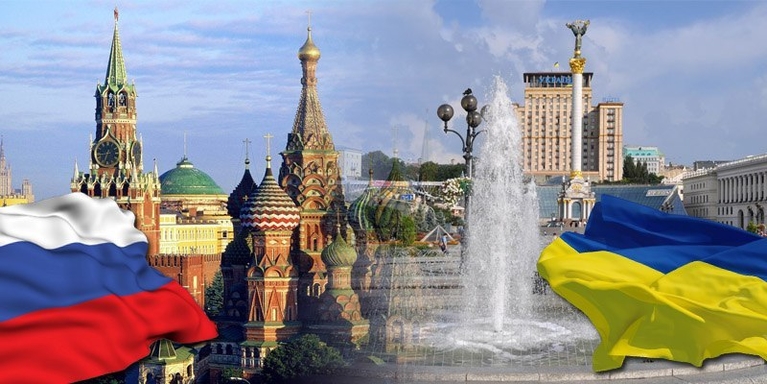 It's time to talk again about interesting facts and today we will consider the trade relations between Ukraine and Russia.

If we consider exports and imports by individual countries, we trade with the eastern neighbor much more than with any country in the European Union. Therefore, in this case, Russia is generally on the first place.

According to the Ministry of Economic Development and Trade of Ukraine, in 2017, Russia took the third place among the countries where Ukrainian exports grew most. 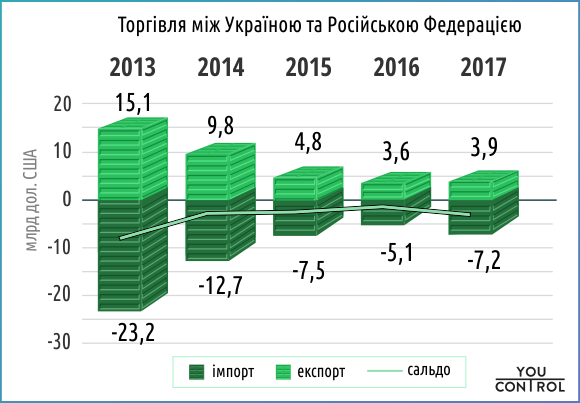 In 2017, imports of Russian goods grew by 40% (from $ 5.1 to $ 7.2 billion). The largest share in the commodity turnover is occupied by oil, fertilizers and ferrous metals.

Also last year, the value of supplies of railway locomotives increased by 161% and lead by 191%. Import of mineral products also increased by 42.9%, even though in 2014 Ukraine actually gained independence from gas supplies from Russia, while import of mined products fell by half. 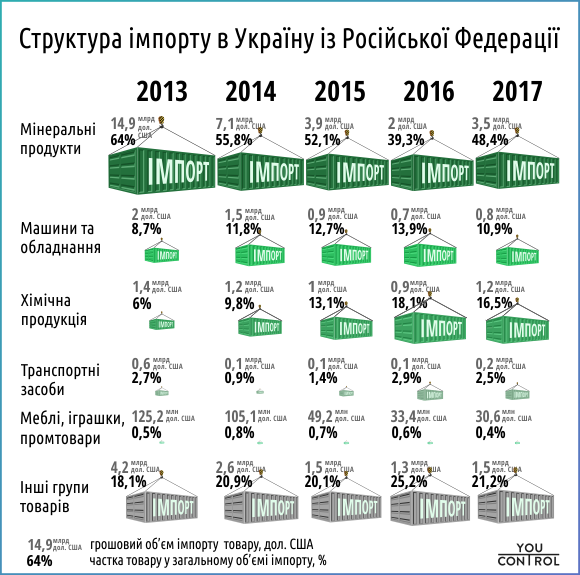 At the same time, the export of goods from Ukraine to Russia in 2017 as compared to 2016 grew by 10% (from $ 3.5 to $ 3.9 billion): the Ukrainian side most sold the mineral and chemical products, machinery and equipment.

Also from Ukraine went to the Russian Federation for 163% more fats of vegetable and animal origin.

Learn more together with us and remember: Garant-Service is your reliable partner in the market of customs and brokerage services!